Home
Features
Live4ever @ SXSW 2019: Fontaines D.C. in the eye of the Hurricane 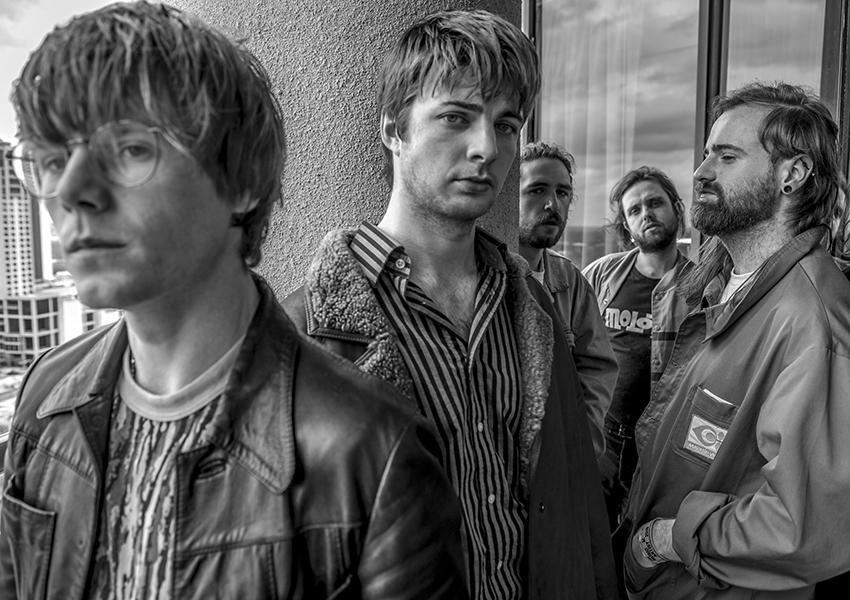 With the continuing rise of nationalism – and its best friend forever the disaster capitalist – lurking never far away, Dublin quintet Fontaines D.C. have found a unique voice amongst the chaos, one birthed in the vandalism of their city’s regeneration, but also by the street poets who’ve scorched its air with febrile words.

Live4ever caught up with the band – Carlos O’Connell, Conor Curley, Conor Deegan, Tom Coll and singer Grian Chatten – as they sat in the eye of the storm at this year’s South by Southwest festival in Austin, Texas.

It’s a rare moment of downtime. As proof, this year’s SXSW bill saw them play nine shows in just six whirlwind days, a schedule Chatten rotates his shoulders to diffidently and describes as a ‘walk in the park’. It’s a harsh regime, but he says the energy for performance now is coming in waves, enthusing: “I’m feeling a little more connected to our music now and more moved by it. I think I’m coming more and more into the idea of just being totally carried away by the music.”

Getting carried away is a phrase to describe the circumstances which these five remarkably grounded young men wouldn’t probably have considered likely twelve months ago, a time when they were little known outside of Ireland’s domestic scene. They’d followed a whimsical path to get to even that modest status; having met at college through various side projects, they decided to do something incredibly un-rock and roll and publish some poetry. O’Connell explains: “We wrote two small books. One was called ‘Vroom’ and the other one was called ‘The Winding’. That was something that brought us together in a more, I guess, intellectual and emotional level.”. Chatten agrees that it helped spur the early process:

“During the initial conception of the band we were all very much into poetry and literature. We’ve spent a lot of time sharing that with each other and we’d pass around a notebook and we’d drink beers and cocktails and stuff like that.”

They wouldn’t, of course, be the first Dubliners to make verses from the bottle and their riotous, explosive triggers of free association extend to a thrilling first album, entitled Dogrel with typically provocative flair. Words are its centre; none are wasted, whilst musically it’s a hall or mirrors, recalling everyone from Fugazi to the near legendary Irish provocateurs Microdisney, a bombastic force of nature whose title celebrates DIY culture and a passive aggressive resistance to the rising tide of American fundamentalism. Of the early days, Chatten reflects that their former, once upon a time world had much less obligation and sense of responsibility, an age when simply, ‘We were in Dublin – drinking and playing tunes’.

The band’s meteoric rise hasn’t been without some necessary sacrifices, a side effect of near constant touring which leaves O’Connell to admit that adjustment had been difficult between the backs-to-the-wall camaraderie of being on the road to the reality of returning to domesticity. “The most difficult thing is to marry…like you basically have two different lives going on at the same time. You’ve got the road and then periods that you’re at home. When those periods are shorter, every time we go home it’s just a different life, you know?” 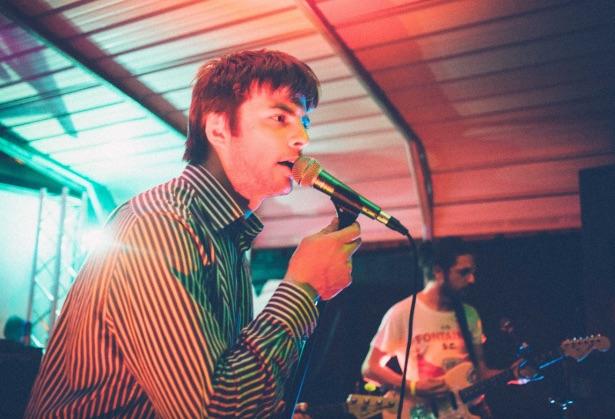 Sharing a bus at least gives them ample opportunity to listen to other bands, as the eternal push-pull between guitar dominated music and the rest continues, with the older school in a brief period of ascendancy. It’s not as simple as a pendulum swing, but whilst Deegan has been listening to loutish Swedes The Viagra Boys, O’Connell has found something entirely different in the eerie wail of seventies electronic duo Suicide. “I don’t know that much about them,” he confesses, “I just know the music is absolutely great.”

As pioneers of pervasive texture and mood, Suicide created a niche that took years for other performers to recreate. The world of now, however, demands that it’s renegades be declarative as well as musically exhilarating. Chatten maintains that the Fontaines’ distinct polemic isn’t from a desire to be recognised as spokespeople for a generation: “It’s just a natural reaction to surroundings, you know what I mean? We’re not necessarily trying to make a coherent statement about the way things are, we’re basically just being honest about who we are.”

This lack of conscious design makes Dogrel a free-form journey where surprises are never far away; its centrepiece is Hurricane Laughter, a thunder of bass and snaking guitars, Chatten dispassionately seeing the walls around him cave in. It’s from-the-hip prose reveals one last unexpected fly in the band’s ointment: a quiet devotion to The Beats, waspish American philosophers who grew up in the socially conservative 1950s and dabbled in what were then sexual taboos, drugs and vagrancy, artists who kept it as the song says, ‘Too real for yer’. The singer expands: “Jack Kerouac, Allen Ginsberg, they’re the famous ones. A couple of them were in college and they kind of had an idea of living life in a very, I guess at the time, very countercultural way.”

The present century though is a very different place. In a time when there seems to be rival factions attempting to homogenise us into a sanitised vision of the future or one of a desperate past, it’s easy to give up on identity for fear of condemnation. Chatten sings in a thick brogue, seemingly a calculated choice to place an emphasis on homespun virtues.

“I feel like the Irishness, although it is important to us, it’s incidental as well. I wouldn’t say superficial because it’s massively important to us, but it’s almost becoming irrelevant in the sense that all we’re doing is trying to reflect our surroundings as honestly and as coherently as possible.”

Fontaines D.C. have come far and fast and have been enjoying the temporary respite from the eye of the storm. Right now it’s back out once more into a world where anything can happen. But as long as they have each other, a drink and a notebook, you know it’ll all be grand.