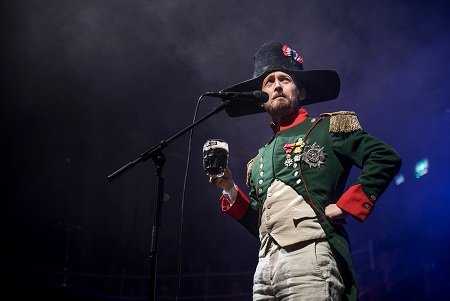 “It has synthesisers,” he says in a statement, or for these purposes, a memo. “And songs about synthesisers. But don’t panic. It also has guitars, orchestras, accordions, and songs about love and greed. It is peopled with a shiny new cast of my imaginary friends (and enemies).”

“Perhaps this increasingly crazy world has sent me scurrying to the new wave and synthpop of my youth for comfort.”

16 tracks are spread across the album, including Queuejumper which has been picked as its lead single.