Home
News
Album Review: Foals – Everything Not Saved Will Be Lost – Part 1 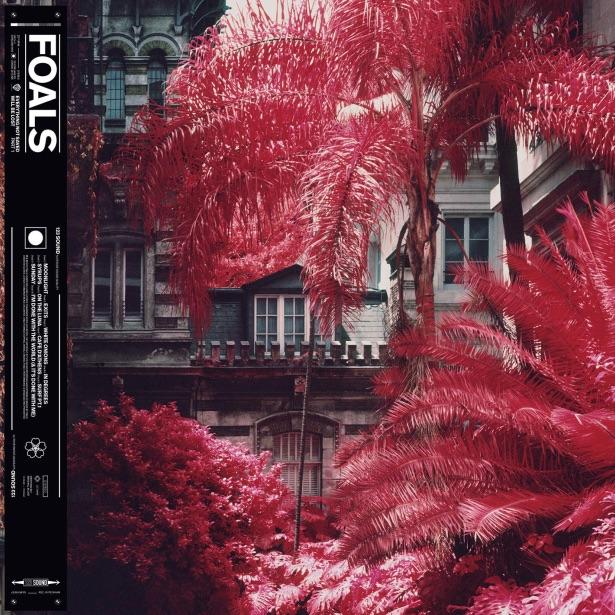 Yannis Philippakis sounds like a man with a great deal on his mind.

‘I just feel like, what’s the utility of being a musician these days if you can’t engage with at least some of this stuff?’, he muses in the press release for the first part of Everything Not Saved Will Be Lost. He then posits: ‘These songs are white flags, or they’re SOSs, or they’re cries for help…each in a different way’.

The stuff in question is, as he sees it, the threat man poses against nature because of its vulnerability and impermanence, a planetary dystopia that dynamically fuels both parts of Foals’ boldest venture yet, a double album released in individual parts, one the singer describes coyly as ‘two halves of the same locket’.

The background to its making, however, underlines their self-possession; not many bands would choose to not replace a departing founder member (bassist Walter Gervers) and compound that by taking production duties in house, but then again Foals didn’t break unexpectedly into the elite cabal of A-listed festival headliners by acting like any other band.

In thumbing their noses at the easy ways out it might’ve been expected that Everything Not Saved Will Be Lost would broker some kind of disconnect with the past, but on the meaty lead single Exits there’s a businesslike familiarity and directness, words about a species forced underground and bird-empty skies backed off in abundance to an expertly crafted, staccato piano riff and a fistful of their perfectly weighted afro and math rock trace elements.

It’s a statement song, one intent on reminding us that the now-quartet may be saying the end is nigh but that when it does go tits up they’ll still be standing, On The Luna having the sort of riff crunch to be saved up for judgement day while In Degrees rarely find a moment of peace, the control of a rolling bass synth punctured by a jaggedness the band have rarely found since their earliest days.

For the most part, Philippakis is happy to let the album’s messages be delivered fundamentally within tramlines that will please Foals’ famously rabid fanbase, but there are occasional glimpses of what the project’s second installment could bring if he subtly chooses to turn the tables on them. One seems to be an unfinished idea – the ambient sliver of Surf Pt.1 – but Café D’Athens is a feast of percussive Asian-indebted rhythms over a looped Amen break, a feast song that could be the opening of a new chapter or simply an experiment in devilry.

For now, these remain riddles. What’s in plain earshot however, is how far their scope has grown; on Sunday they’re halfway through delivering a stand-and-deliver mini-epic before tempo jumping without warning into an epic rave, while closer I’m Done With The World (And It’s Done With Me) is a sombre ballad filled with giant sweeps of destiny and resignation.

We’re at the half way point of Everything Not Saved Will Be Lost and so – perhaps deliberately – it’s hard to judge it without the feeling of a jumped conclusion. Regardless of the subject matter however, Foals remain one of the few British bands to consistently master nuance and gentle power; once welded the complete picture may be their sleekest, most intoxicating yet.