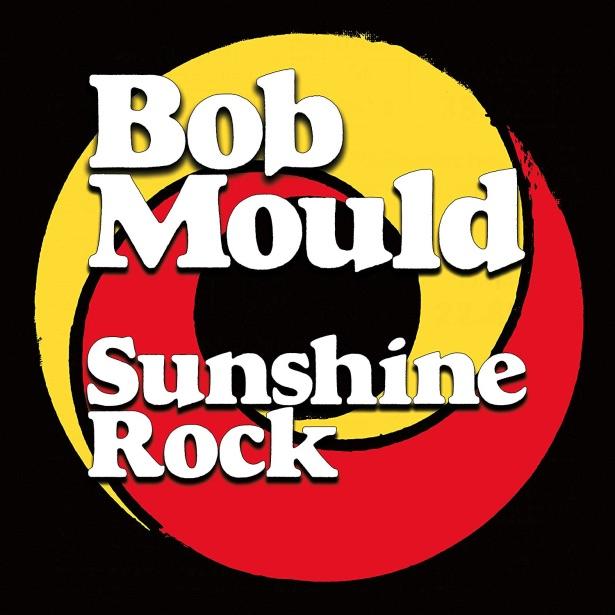 Music trends might be constantly changing (although the more they do, arguably the more they stay the same) but one thing’s for certain: nobody ever got fired for buying a Bob Mould record.

As part of the beyond-amazing Hüsker Dü he was one of the select pioneers in the vanguard of establishing America’s alternative music scene, and ever since their acrimonious split has been writing and performing emotionally dynamic rock with a courageous fervour.

As you might imagine, it’s not all been easy going; Mould’s second solo long player Black Sheets Of Rain being one of the most angry and unrelenting ear gouges imaginable, but although much of his work over the three decades since could never be described as lightweight, his work has remained consistently engaging and distinctive.
News then that he’s now made an album focused on being positive – especially in an era with such momentous shifts in the bedrock of many people’s way of life – came as something of a surprise, but rather than being a reference soaked in irony, Sunshine Rock is an almost clinically neat collection of vital punk rock with a notable lack of villains.

Except, perhaps himself; on Thirty Dozen Roses the bitterness comes over the flood defences, the protagonist trying to make sense of the damage: “Some days, my brain blows up in an elegant way/My muse, short fuse, time bomb, what’s left to lose?”, while on What Do You Want Me To Do the singer finds himself, “Stranded in a forest of barely formed intentions”, a maze juxtaposing the hedonism of celebrated excess in his youth and the media-moralising piety necessary for those with the burden of fame now.

Once Mould, always Mould then, but relocating to Berlin since the release of 2016’s Patch The Sky has offered him an entirely new aesthetic, enthusiastically re-embracing nightclubbing – closer Western Sunset features a reference to Daft Punk – a side-line interest in dance music not so openly acknowledged since 2002’s widely criticised Modulate.

Those horrified by the prospect of the singer’s Kid A moment being repeated need not clutch their pearls again however, for the references this time are subliminal; for placation a cover of Shocking Blue’s Send Me A Postcard Darling is shorn of all its trippy theatrics, whilst the occasional strings used are limited to mainly background contributions.

If this sampling of new things has been the catalyst for much of the sunlight phases to his music, so too has been the ability to take stock. Part of the outcome is a notable absence of proselytizing, the negativity and anger associated with society’s current problems deliberately pushed to one side, for now, but this doesn’t mean restraint; on I Fought he rediscovers the venom and energy which made Sugar almost formidable enough to compensate for the demise of the old band. Almost.

Bygones can only be bygones though if the protagonists are still around to speak to each other, with the recent death of Grant Hart a shock of mortality’s loose grip being one his long-estranged colleague has recently declared closure from. In a period of grief junkiedom this may sound uncaring, but the pragmatic know time waits for no-one, a truth explored here from one age-sobered perspective on The Final Years and from the far distance of lost youth on Camp Sunshine.

Sunshine Rock is many things you nearly always get from a Bob Mould album – honest, hard-edged, melodic, assertive – but also some that you don’t. The man who made it has a heritage as rich as any of his generation, one that makes his happiness as musically compelling as his fury.