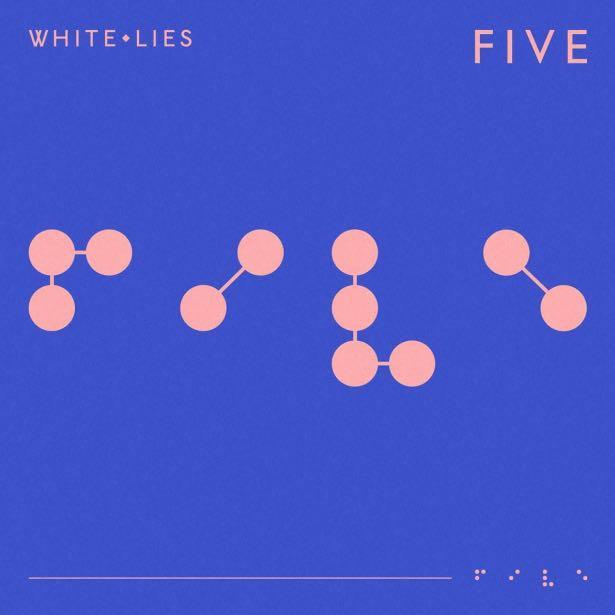 Terrifyingly, it’s been ten years since White Lies found success with their fine debut album To Lose My Life. Building on the doom-laden post-punk of the 2000s, which had been spearheaded by Interpol and given a twist in the UK by Editors, it managed to be both anthemic and maudlin.

Although seemingly a bit late to the party, the Ealing trio found an impressive level of success following the number one album with good mid-afternoon slots at various festivals during the turn of the decade. In truth, it was always a bit incongruous to see frontman Harry McVeigh whip crowds into a frenzy by encouraging them to sing along to lyrics such as ‘this fear’s got a hold on me’, but it did the job.

Since then, as is so often the case, it’s been the law of diminishing returns. Second album Ritual was cut from the same cloth as its predecessor, but more lumpen. The brave BIG TV (a concept album) in 2013 and the hesitant Friends of 2016 did little but consolidate their standing. So where next? To quote another noughties act, back to the start.

The cunningly titled Five brings all the ingredients of their once-successful recipe to the boil, with some new garnishes for good measure. It’s book-ended in epic fashion; opener Time To Give is a good simile for their career to date – after a solid start, four minutes in the mid-section is a seemingly endless circle of synths that ascends through the keys before coming back on itself. Just when you think it can’t go any further, it does. And then it does it again. It’s an ambitious, albeit repetitive, start. Half an hour later, closer Fire And Wings is built around a gentle but striking use of two chords, slow paced but grandiose in tone.

The rest of the album covers recognisable bases both sonically and lyrically. Harry McVeigh’s theme is a focus on the human condition and it’s most evident on Finish Line, which is an outsider’s look at the last days of a relationship backed by some overlaid synths and their trademark chunky guitars (think Death from the first album). Although they’re heavily reliant on the glacial sounds of the synth, acoustic guitars do crop up on a couple of occasions throughout, giving proceedings a more organic and human feel than before.

However, one thing that hasn’t changed is McVeigh’s delivery. Only once does he deviate from his comfortable pitch, attempting falsetto on Finish Line, and the (self-inflicted?) vocal limitations make it quite hard to differentiate between the songs. Dramatic as always, it engenders little emotional connection beyond that. Perhaps that’s intentional, to encourage us to listen elsewhere; Kick Me has some good axe work, particularly during the solo, while Denial’s guitar is sky-scraping. Jo is so fast paced it almost can’t keep up with itself, a slice of pure 1980s that echoes (sorry) the Bunnymen. Best of the lot is Tokyo, all juddering disco bass and chamber filling vocals. It’s a synth strut and stands alongside any of their best singles.

By not trying too hard, White Lies have managed to release themselves from the shackles of their successful but increasingly distant past to make an album that, ironically, comes closest to the high level of their debut.