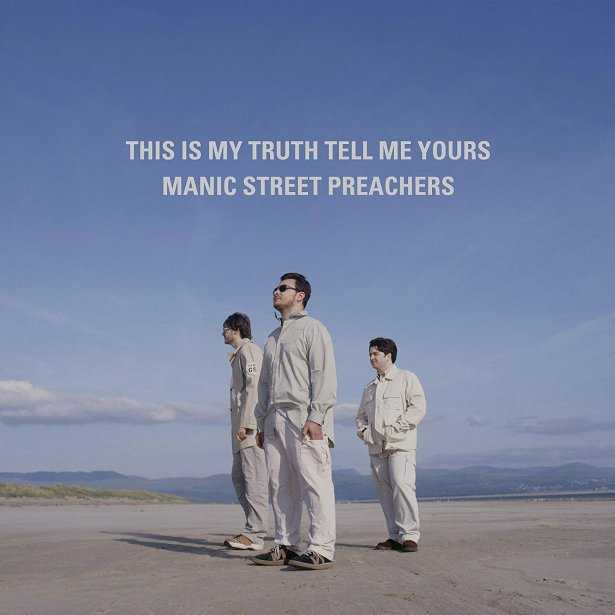 ‘In the beginning’, crooned James Dean Bradfield as The Everlasting opened their fifth album This Is My Truth Tell Me Yours, ‘when we were winning’.

Sounding a long way from the punk-glam of old, the words snagged as a moribund acceptance of life’s strings beginning to pull at his fabric, an overtone of resignation hardly in keeping with the bombast five million unit shifting albums usually announce themselves with.

Two decades later, it seems a prescient summary of events in a world which has witnessed towers fall and bad men rise; if the trio’s lyrical brooder-in-chief Nicky Wire had seen the awaiting turmoil for all of us, we may have felt the band’s visceral early anger and polemical sneer instead. Back then, our only worries were whether they’d consciously chosen to just take the money, an argument that laughably then felt worth having even though the number one single this blockbuster record begat was centred around the Spanish Civil War and contained, on one of its other anti-anthems, a line about disco dancing with rapists.

You realise now that the Manics have never sold out simply because they never bought in; dismissing This Is My Truth… as their coffee table album is, as it was at the time, an act of ignorance, a pointless stab at trying to own something which was never yours to have. The criticism, whether consciously absorbed or not, sent Wire, Bradfield and Moore into a creative funk from which they would only escape from fully on 2007’s Send Away The Tigers, but that was in all of our uncertain, scarred futures, not that they would have any greater idea of how contorted they would be.

Perhaps fittingly, the digital version of this three-part reissue started playing in the L4E office in completely random order, messing with the intended structure/planned consumption – remastered original version, demos and live rehearsals, remixes and b-sides – offering a differently familiar perspective and throwing out ideas on top of each other like cards scattered across a table.

Even as formats and interpretations jump in and out of focus, the clear overall impression is of a band with an inner peace and solemnity, the remorseful Born A Girl, My Little Empire’s chamber angst and I’m Not Working each dark-looking faces of the same intractable mental conundrums. Newly included, S.Y.M.M takes the fight from the lesser evils to the greater, while the Trojan payloads of Tsunami, If You Tolerate This, Then Your Children Will Be Next and You Stole The Sun From My Heart still bear a torch for the kind of sincere liberalism which has become a post-democracy sin.

Probably of greatest interest for those wishing to pointlessly address the subject of commercialism will be the home recordings that locate a band somewhere between epic and three shrunken heads; those who pined for them to relocate to some discussed abattoir with Steve Albini may not get their way entirely, but without the gloss these are still songs that hold their sometimes naked impressionism with a subtle grace and poise.

The final disc offers some reminders both of the de rigeur producers of the time – Irish maverick David Holmes, Cornelius, Deadly Avenger – and that the rockist pretences which they were deconstructing lent themselves to a sort of odd elasticity, despite the voguing Stereolab distinguish themselves, who with typical nonchalance offered up the pick with a Gallic-chic retooling of Tsumani.

Twenty years later the project vibe of that batch carries with it the idea of novelty, as if gravity could somehow be escaped by late-millennial alchemists. This Is My Truth… has retained its unfettered, weary pride, the things it’s seen and heard since being enough to make any young adult wish for the cradle and the lullaby.

And if its story is rooted in gradual decay, it can at least say it did more than some of the rest to hold back the tide.