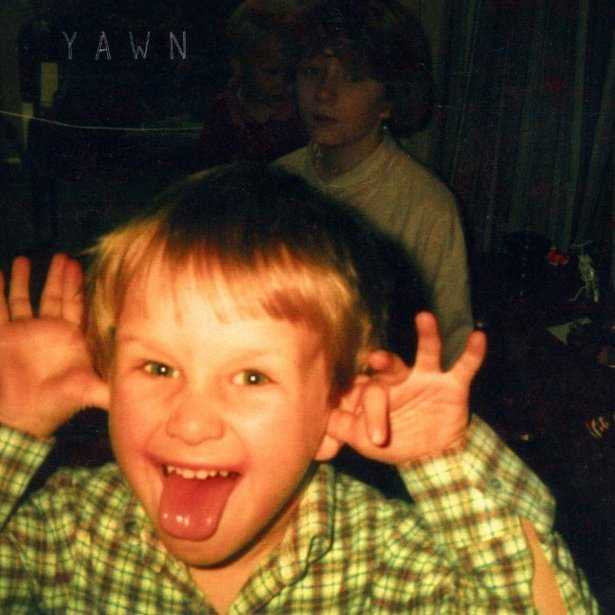 Halfway through a disjointed set full of technical issues, Bill Ryder-Jones quipped sardonically to the crowd gathered at Leeds’ Howard Assembly Rooms: ‘Because of all that we’ve had to drop a song. One of…’, he grins ‘one of the weaker ones’.

The jumpered minstrel was messing of course, but behind the often-whispered vignettes that form both his songs and intra-number patter, the release of new album Yawn brings with it some more serious business. Lacking patience for the modern industry dynamics which sustain so few these days, the reluctant most famous person from West Kirby is trying to do more than toggle a few streaming platform algorithms with this, his fifth release; he’s trying to change some of the game’s rules.

This is partially because Yawn is a rawer and more immersive proposition than its avuncular predecessor, West Kirby County Primary. The evolution is sonic; most of the singer’s new crop is tinged with a heavier, shoegaze-meets-grunge overtow, one which stretches them at once taut and then loose, sometimes a wall of torched feedback as on the opener There’s Something On Your Mind, occasionally more sluggish on its opposite number, the wishfully titled Happy Song.

It’s all quite some distance to have travelled for an artist whose first release after leaving The Coral was with the Liverpool Philharmonic. But such is Ryder-Jones’ articulate self-possession that this more purist approach to his work seems more art than discouragement, the Pavement-paced throb of There Are Worse Things I Could Do – its lyrics about open doors and closed minds – something that seems designed to go anywhere the committed listener wants to take it, preferably to their hearts.

To complete the task set by its creator, Yawn needs to pose as a horse of Troy to unpick the 21st century vagaries of modern music consumption with its skips, playlists and general unfaithfulness to the musician’s conscience. At times though, his trademark ambiguity has everyone guessing; And Then There’s You is an effortless tilt at of the sort indie pop you feel he could reel off in his sleep, whilst in the maternal juxtaposition of Mither, the foothills of a truest love are held back by austerity and dryness of mouth.

The notion of family and its innate ability to ground anyone – even a veteran of tragedy as understated as Ryder-Jones – surfaces again with Yawn’s cover photograph, a recently unearthed image of older brother Daniel which features the image of a person you feel he’s trying to render from 2D as if by force of will. The process of adjustment and his salving of guilt and grief is dealt with on Recover, the strings and naked acoustic picking somehow the most unassuming actors amongst a bunch that dance like skeletons who’ve lost their closets.

Back in Leeds, it was never apparent what bit the dust, only that the power and authenticity of Yawn is ironically gauged by how the listener can pick out the frailty and confessions, passages from the same book with a hundred different covers.

Bill Ryder-Jones knows he’s never made a better record, and if the price of entry is higher than a smile then so be it.