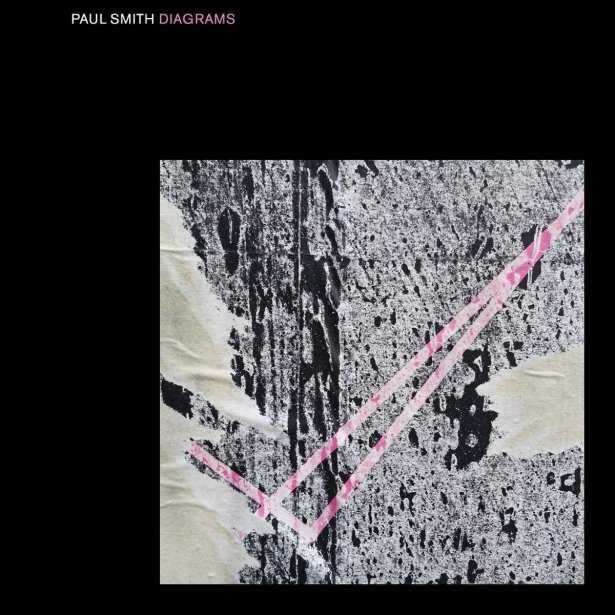 Maximo Park – the band for whom Paul Smith continues to be very much a part of despite the arrival of this, his fourth solo album – never really looked like they were a part of the mid-noughties guitar revival they were first bracketed into.

Smith was even honest enough to say recently that the current wave of nostalgia for the period from which both The Libertines and Arctic Monkeys sprang is largely a mistake, an aberration needlessly sugarcoating a time in which ‘a lot of money was thrown at some fairly average bands’.

Part of he and the Park’s longevity is that both have long since ditched some of that era’s more narrow-minded precepts; Diagrams starts by eschewing the familiar touchstones of post-punk and late 60s pop psychedelia. Neither is the singer content to indulge in some of the superficial blankness which many outfits from the landfill generation seemed so fond of; opener The Public Eye is a riposte to political hypocrisy over immigration and the ‘country full of hate’ it’s created, but rather than just ceding a narrative to the polemicists, it’s seen from the standpoint of a general public refracting life back at themselves through the muddy lense of social media.

It’s not in fact a new song, having been written years before the Windrush scandal et al, at a time when open bigotry seemed at the margins of society, but like Syrian Plains (also an orphan track waiting for a home since the beginning of the decade) there’s a warm intelligence and gutsy heft to its slightly down-tempo feel, blessed as they both are with Smith’s familiar north country-tinged croon.

The catalyst for much of Diagram’s tone comes from an unlikely source: the sociopathy of post grunge, but thankfully lacks the impotent fuzz of Bush or the Stone Temple Pilots. Only on the short arm jab of Silver Rabbit does the energy ever threaten to overload; in fact a punk with a small “p” blast of self-doubt which compresses hopes and fears mightily. Its counterweight is Around And Around, a delicate and tactile plea for open minds and borders, the manifesto a gentler approach to the cultural barbed wire of a post-2016 world, draped with a flag of conscientious objection.

From one perspective this is a cerebral record, if only because there’s no rigid mantra of notes to self, more a succession of characters and stories that do much to invigorate its sometimes moribund outlook. Things peak when these two vectors cross, the lost siren of Critical Mass (‘there’s a girl on the backseat leather/Her hair spread like a feather’) and the Beauty Contest’s glassy eyed working girl are serenaded by the yearning harmonies of dynastic folk icon Marry Waters.

Paul Smith has spoken of regarding pop songs as sacred objects, sacrosanct things that in their imperfections bring with them shades of divinity. Diagrams never puts itself on that kind of pedestal, instead being one man’s version of a life full of everyday fears, remorse and, in places, hope.

On it the singer has reconfirmed that the future of his music is in no way linked to its past.