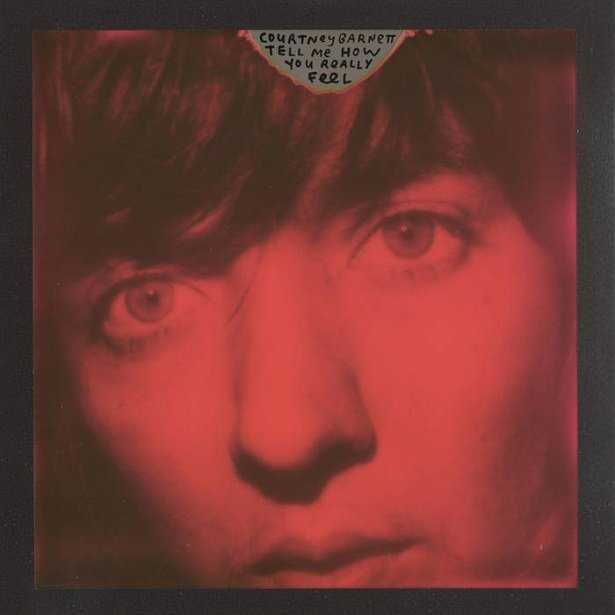 After one listen of Tell Me How You Really Feel you can almost imagine Courtney Barnett’s people hustling around you with canapes at the playback sessions, handing you a salmon terrine and then whispering conspiratorially at the same time, ‘This is her grunge album. We think she’s worked it out of her system now’.

The title is an apt one for a record on which the Australian singer seems to be grafting for a handle on herself; part psychiatrist, part patient seeking a diagnosis for a condition which neither really understand. Barnett has spoken about the problems of overcoming writer’s block in following up 2015’s mercurial Sometimes I Sit And Think And Sometimes I Just Sit by degrees, filleting the tough subjects she would otherwise have avoided as a route to making ideas flow. Happiness, it seems, is no-one’s real muse.

As well as being lyrically more visceral, the music is also noticeably abrasive – the fumbled early sludge of opener Hopefullessness barely getting out of its slacker trance before dissolving into a scree of feedback. The sunshine and past relatable neuroses of suburbia it ain’t. There are occasional reminders that the singer has lost neither her keen eye for observation nor the knack of turning it into gold, as with Nameless/Faceless’, ‘I could eat a bowl of alphabet soup/And spit out better words than you’, but this is a song about how femininity and feminism are becoming more distinct in a world where so many men can deal with neither, a dead serious theme which is largely belied on one of the album’s most instrumentally upbeat moments.

Just in case there was anyone left wondering what was going on, titles like I’m Not Your Bitch, I’m Not Your Mother and Crippling Self Doubt And A General Lack Of Confidence shred any notions of ambiguity, the latter with its chorus, ‘I Don’t Know/I Don’t Know Anything’ empties a more routine locker of fuzz-chords onto the table, whilst Walking On Eggshells is rust-belt country lo-fi which materialises from an outback haze.

One of the by-products of harbouring doubt and anxiety in secret is that you develop a skillful camouflage of seeming OK, of simply being, which only when observed up close do the cracks become apparent. Ostensibly this is the story on City Looks Pretty, superficially a familiar masque of short arm chops and cheerful indie-ness; under scrutiny however, it seems far less self-assured, ending in uncertainty and shoulder shrugging.

These stop-start motions are the work of an artist in the throes of renewal, whether it be finding the energy to change a course or stay it. Tell Me How You Really Feel is an autobiographical work couched in idiosyncratic terms, one which makes for sometimes uncomfortable listening.

Courtney’s people may think this is just a phase; it may just as easily be the past, present or future.