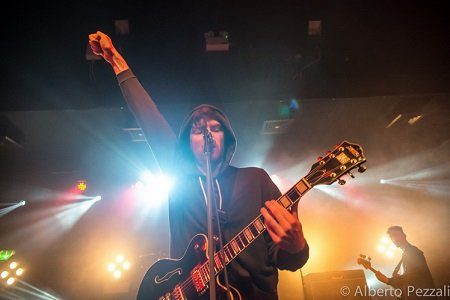 Twin Atlantic have joined Enter Shikari and At The Drive In as headliners at this year’s 2000trees Festival.

They lead new entries which also include include We Were Promised Jetpacks, Palm Reader, Mastersystem, Mantra and PINS. These all add to other previously confirmed acts such as Blood Red Shoes, And So I Watch You From Afar and Frightened Rabbit – the latter of whom have said:

“We’re so pleased to be back at 2000trees Festival. It’s always been a favourite of ours and they gave us our first ever UK festival headline slot so it’s a special place for us. Also they have peacocks!”

“I was at Upcote Farm a couple of days ago and the sunshine glinting off the Cotswold Hills gave me a real rush of excitement,” organiser James Scarlett added. “It’s not long now until July and I think this line up announcement just makes things even stronger with a great list of new and established bands coming from all over the globe.”