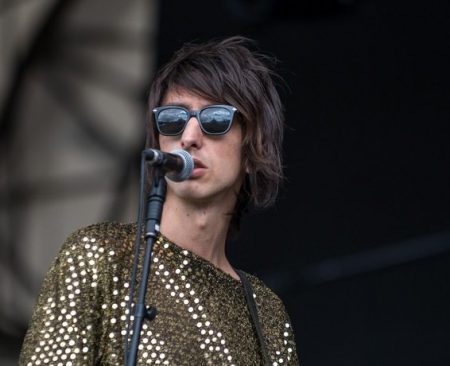 The Horrors have released two tracks recorded during the sessions which resulted in last year’s V album.

Neither Fire Escape nor Water Drop were ultimately included on the LP, but both have now been made available on Spotify for fans to explore.

The band have said in a press release:

“In typical Horrors fashion, we initially had the two tracks as one piece of music. First starting off with some synth loops our producer Paul put down, it evolved into this John Bonham-esque drum led track – Fire Escape – which halfway through shifted gear entirely into what felt like Eno crossed with heavy Cluster/Harmonia on Water Drop.”

“This change felt completely natural to us, with Water Drop feeling like the perfect release to the intense onslaught of Fire Escape. The dripping synth melody is the anchor in both tracks, gelling together two very different scenes into one.”