You’re in the right place if you’ve missed any of the week’s top news stories – here Live4ever’s Weekly News Round-Up presents a recap of ten of the biggest headlines in British music we featured during the last seven days. 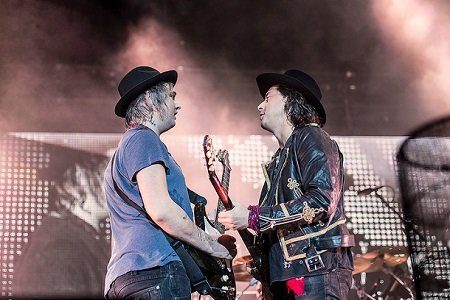 The first acts picked by Robert Smith for this year’s Meldown Festival have been announced.

My Bloody Valentine, The Libertines, Mogwai, Nine Inch Nails, Deftones and the Manic Street Preachers are some of those who’ll be playing the Southbank Centre in London this coming June.

Spector will embark on a full tour of the UK in May after making their live return at London’s Omeara venue at the start of this year.

The band have also shared more from their Ex-Directory EP in the form of Fine Not Fine. “Fine Not Fine came from a session where I panicked I wasn’t writing enough songs so tried to finish ten in a week,” Fred MacPherson says.

Snow Patrol will return with their first album in seven years on May 25th.

Wildness is announced after a long period away for the band, during which time frontman Gary Lightbody has spoken of his battles with writer’s block. “There are many types of wildness, but I think it can be distilled into two: the wildness of the modern age, all it’s confusion, illogic and alienation and a more ancient wildness,” he now says of the LP.

With their new album Violence out on Friday, Editors have detailed a UK and Ireland tour which will take place in October.

The band have been drip-feeding new material from their next LP during recent weeks, the latest of which, Hallelujah (So Low), got its premiere late last month.

Liam Gallagher has joined brother Noel as a headliner at the BBC’s Biggest Weekend event – though they will still be separated by 24 hours and a good few hundred miles.

Liam will top the Coventry leg, at War Memorial Park, on May 27th, with UB40 and Paloma Faith also joining that bill. Noel, meanwhile, is headlining Scone Palace in Perth, Scotland the day before. 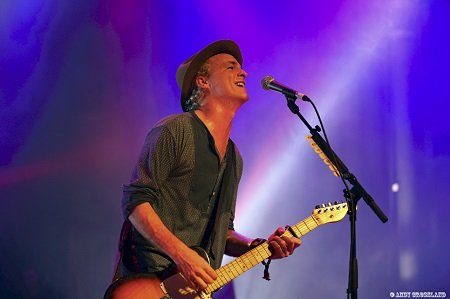 Following their performance at On Blackheath last September and nigh on twenty years since the release of The Man Who, Travis have announced a full tour of the UK when they’ll be playing their second album in full.

The tour is split into two parts, starting in June with shows in Liverpool, London, Folkestone, Plymouth, Brighton, Ipswich, Birmingham and Oxford. They’ll then be back in December for another run which ends at the SEE Hydro in Glasgow.

Noel Gallagher, The National and Fleet Foxes are some of the acts who’ll be releasing exclusive music for this year’s Record Store Day.

Gallagher has announced a special 12″ vinyl version of his recent It’s A Beautiful World single, featuring two remixes by Andrew Weatherall and ‘Hacienda’ reworks by Mike Pickering and Graeme Park.

The Vaccines will be the first headliners of Live At Leeds‘ new Leeds Festival Stage.

Taking place on May 5th, the event has also added Idles, Cabbage, Nadine Shah, Yak, The Xcerts, Sea Girls and plenty more to a bill which already contains Peace, Circa Waves, The Horrors, Ash, British Sea Power and Pulled Apart By Horses.

Arctic Monkeys have announced some headline gigs which will take place before they visit pretty much every European festival going this summer.

Dates in May at the Columbiahalle in Berlin, Cavea in Rome and Zenith in Paris preempt the numerous festival appearances which start on June 2nd Barcelona’s Primavera Sound.

“We’re very excited to have Franz Ferdinand on board for our third British Sound Project,” co-founder Steven Wood has said. “With The Cribs confirmed and other big names under our belts, it’s looking like the strongest line up to date, and it feels good to be established on the festival calendar.”