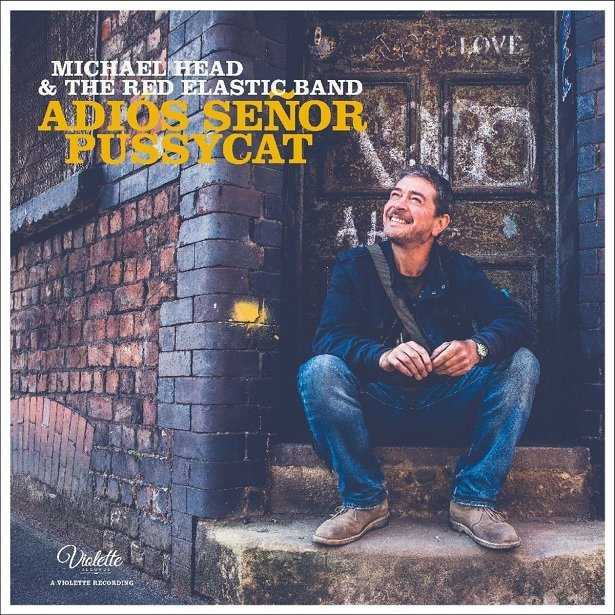 Is it possible to tell Michael Head’s story and separate it from his past?

Formerly of The Pale Fountains and then Shack, the fate which has somehow gathered him is that of a generation’s lost muse, one who can still walk down any UK street like a ghost – a remarkable, if more bitter than sweet status even for a nation that so fiercely keeps its heroes at arm’s length.

Adiós Señor Pussycat is the Liverpudlian’s first new work since Shack’s 2006 finale On The Corner of Miles & Gil (his work with The Strands was re-issued to rapturous acclaim in 2014), one undoubtedly which, after such a long absence, might have a lot riding on it were his avuncular profile much higher.

Instead, unburdened by much more than a natural garrulousness and the traces of addictions past, its thirteen songs are a confident, frequently joyous statement as a whole, and fascinating examples of a master songwriter’s craft once unpacked individually.

In terms of sound, imagine a less strung out and bucolic version of The Strands’ material, the singer’s understated voice countered by waxing, sixties inspired guitar motifs, brunet strings and occasional brass. Contemporary? No, but on opener Picasso his sublime weave is as near to perfection of its type as dammit, a story of obsessive want told using delicate textures and a wicked, bone dry sense of humour, deadpanning, “It’s not like in the movies/There may be police involved”.

Elsewhere, the tales are less allegorical and more personal; Picklock, for instance, is a salutation to alcohol as a greater bringer of wisdom than mindfulness, Queen Of All Saints a bold, almost psychedelic trip through an adolescent schoolboy crush eventually fulfilled. Whilst it’s a mistake to generalise, all the while it’s hard to escape the conclusion that Head is mining a familiarly anorak wearing seam which is mostly peculiar to Merseyside and favoured nowadays by contemporaries such as The Coral and Bill Ryder Jones.

Whether this is the gait of a sorcerer or apprentice is a happily meaningless question; when the singer is in as finer form as on the shimmering Lavender Bay, or practicing the classicist rock tone of 4×4 Still Makes 8, there are few, if any mis-steps, a surety of touch as befits a man who can rightly be hailed as an inspiration to the likes of Noel Gallagher.

It’s in the rolling glam rock of Workin’ Family – about a high class sex worker fallen on hard and domesticated times – that the latter’s early hubris is most obviously recalled, a typically acerbic ditty rescued from a batch of tunes half-written two decades ago.

There’s a difference, as many have found, between having the creative freedom to do what you want and producing something that appeals to the world outside of your circle. A long suffering victim of bad luck, bad timing and the short termism of the music industry, Michael Head remains largely a cult concern whether or not we or he likes it.

Adiós Señor Pussycat is bold and kind enough to mean, however, that finally his story can be balanced with the future as opposed to a more chaotic past, a direction which as long as the sun is shining on his face, the veteran seems content enough to head towards.