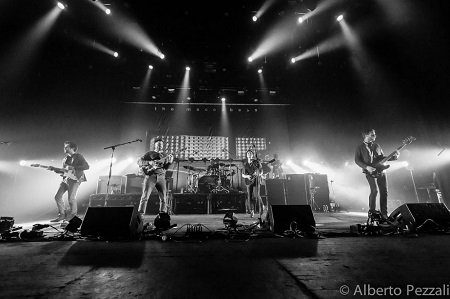 The Maccabees  will bring together their four studio albums, b-sides, rarities and the documentary film Elephant Days on a vinyl box-set next month.

It’s out on October 20th, a trip through the progression of a band which was one of Britain’s best by the time they went their separate ways back in July.

“After 14 years as a band we have decided to call it a day,” a statement read when their decision to quit was announced last year. “The decision has obviously been an incredibly difficult one, given that The Maccabees has been such a huge part of our lives until now. We are very proud to be able to go out on our own terms, at our creative peak and off the back of the best and biggest shows we have ever done.”

“There have not been fallings out and we are grateful to say that we are not leaving the group behind as a divided force. It has been a rare and absolutely incredible time that we all feel very lucky to have shared.”