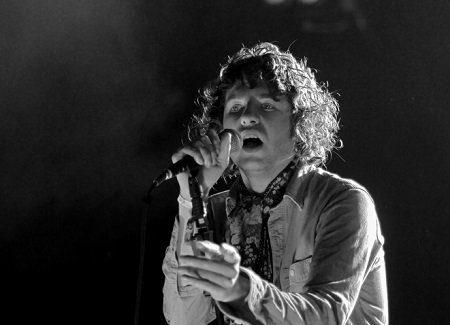 The Kooks will re-release their debut album ‘Inside In/Inside Out‘ on January 22nd.

A similar story to Maximo Park‘s debut ‘A Certain Trigger‘, whose tenth anniversary was toured at the end of last year, the album rode the wave of guitar music’s increased popularity during the middle of the last decade and soared to number two on the UK charts in 2006, spawning hit singles ‘She Moves In Her Own Way‘ and ‘Naïve‘ as it did so.

The reissue presents the album on single vinyl format for the first time, having originally been released in a 2LP album and live performance version.

The Kooks went one better in the UK two years later when ‘Konk‘ topped the charts, but like so many of their contemporaries have struggled to maintain that commercial success subsequently.

They were most recently active with 2014’s ‘Listen‘; their fourth LP which peaked at #16.