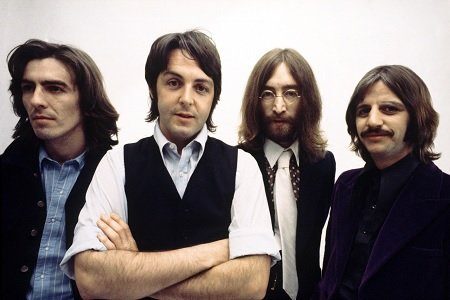 The Beatles‘ 2000 singles compilation ‘1‘ – already one of this century’s biggest sellers – is receiving a deluxe, remastered reissue next month, and the first results of that restoration process are in evidence on the promo for ‘Revolution‘ which can be seen below.

The fresh cut of the harsher, ‘Hey Jude‘ b-side version of ‘Revolution’ – as opposed to the Lennon-approved take found on The White Album – adds more clarity to a video which has for a long time now been offering fans a rare opportunity to enjoy the Fab Four in a live setting post-1966. It was shot on September 4th 1968 at Twickenham Film Studios in London, directed by Michael Lindsay-Hogg.

“We got into distortion on that, which we had a lot of complaints from the technical people about,” legendary producer George Martin remembers of the performance. “But that was the idea: it was John’s song and the idea was to push it right to the limit. Well, we went to the limit and beyond.”