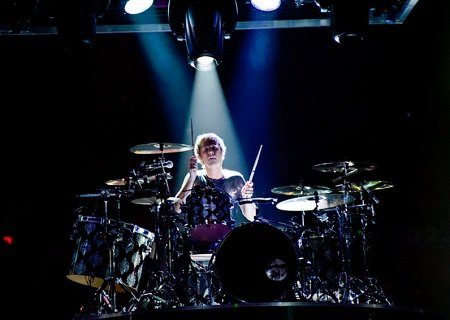 Muse are promising fans a ‘true 360 degree audio/visual sensory experience’ when they take ‘Drones‘ back out on the road, and they’ve now added their first US dates to the tour.

Gigs at the Moda Center in Portland, OR, Oracle Arena in Oakland, CA, San Diego’s Valley View Casino and the Staples Centre in Los Angeles have been confirmed for December, tickets are available from September 25th.

“It spans the length of the arena,” production designer Oli Metcalfe recently told NME of what can be expected from the stage set-up. “It’s quite narrow but more importantly for the audience it’s low, so the band will be playing in an intimate space, and have a good relationship in terms of distance from their audience.”