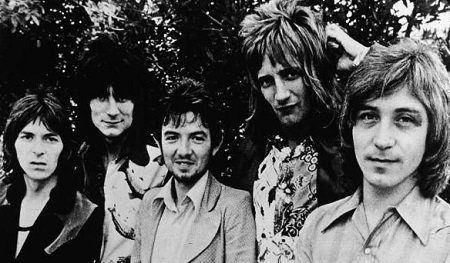 “This year is the 40th anniversary since The Faces parted ways so it’s about time we got together for a jam,” Rod Stewart says. “Being in The Faces back in the day was a whirlwind of madness but my God, it was beyond brilliant. We are pleased to be able to support Prostate Cancer UK.”

The show will neatly coincide with the release of a new Faces vinyl box-set entitled ‘1970-1975: You Can Make Me Dance, Sing Or Anything…’, which is out on August 28th.

“The years of The Faces were some of the best of my life and I’m so proud to have been a part of the band,” Jones adds. “I’m unbelievably excited to have the opportunity to get up on stage with Rod and Ronnie again.”

“Ronnie Lane and Ian McLagan will be dearly missed but we’ll raise a glass to them.”