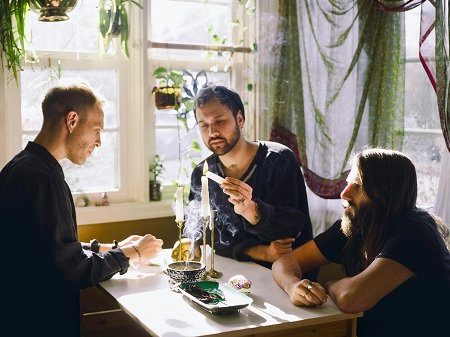 ‘Multi-Love‘, the new album from Unknown Mortal Orchestra, is streaming in full over on NPR ahead of its official release next week.

The band’s follow-up to the 2013 effort ‘II‘ is out on May 25th through Jagjaguwar, and is about to be previewed with a run of UK and European dates starting in Bristol on Wednesday (May 20th).

“It felt good to be rebelling against the typical view of what an artists is today, a curator,” Ruban Nielson has said of the album’s recording.

“It’s more about being someone who makes things happen in concrete ways. Building old synthesizers and bringing them back to life, creating sounds that aren’t quite like anyone else’s. I think that’s much more subversive.”

Once the European tour is brought to an end at Primavera Sound, the band travel back to North America for a run of shows in June, culminating in Brooklyn on the 19th.