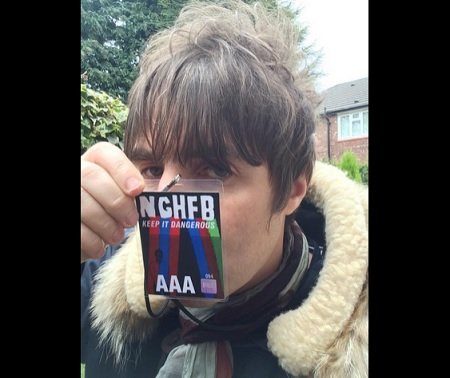 Noel Gallagher has said the picture of his brother and former Oasis bandmate Liam with a backstage pass to a High Flying Birds gig, which caused such a stir last week, ‘wasn’t his’.

Liam Gallagher shared the picture (above) on Twitter with the caption ‘Keeping it in the family’; it has received over 17,000 retweets and provoked just about every media outlet into declaring ‘the Oasis feud’ over.

However, during an interview ahead of his show in Düsseldorf on Thursday (March 19th), Noel painted a far less rosy picture of the incident.

“Well, for a start he wasn’t invited to one of my shows,” he said. “Secondly that wasn’t his backstage pass, that was someone else’s. And thirdly, let’s change the subject because you’re already ruining my day talking about him.”

Noel Gallagher has been out in Europe touring his second High Flying Birds album ‘Chasing Yesterday‘ and will return to the UK to play a part in the Teenage Cancer Trust series of concerts in London on March 28th.