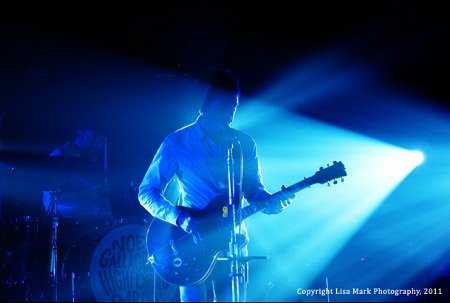 Noel Gallagher and Coldplay are being lined up to perform live at next year’s Brit Awards ceremony, according to reports today.

The Sun newspaper has claimed Coldplay and Rihanna will duet on the track ‘Princess Of China‘, which features on Coldplay’s album ‘Mylo Xyloto‘, while Noel Gallagher could be set for a first appearance as a solo artist with his High Flying Birds.

“Coldplay are really looking forward to performing Princess Of China with Rihanna already,” a ‘Brits source’ has told the tabloid. “Brits bosses set their sights on getting them on stage together early doors. They are two of the biggest acts around right now.”

However, the paper later quotes a spokesman for the awards ceremony as saying the line-up for the 2012 bash is yet to be confirmed: “We are still confirming the line-up, which will be announced with the nominations in January. We are working to make it the best show yet, with the biggest names in music performing.”

Comedian and actor James Corden is set to return as host early next year.