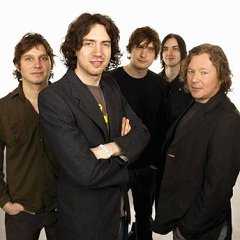 Snow Patrol have revealed the bulk of their seventh studio album is already written – over a month before the release of their sixth.

“We’ve already written the next album,” the band’s frontman Gary Lightbody told BBC Radio 2. “The last track on ‘Fallen Empires‘ is going to be ‘Broken Bottles Form A Star (Prelude)‘ and that will be the first track on the next album.”

Fans have been patiently waiting for new Snow Patrol material following 2009’s ‘Up To Now‘, with Lightbody admitting the reason for delay was partly down to him suffering from writer’s block. However, after over coming the problems, he has insisted the forthcoming record will be their best to date.

“It’s the longest album we’ve ever made by far but also the best,” he said. “We took our time and I also had some bouts of writer’s block.”

‘Fallen Empires’ is due for release in November, and has recently been preceded by the new single ‘Called Out In The Dark‘.