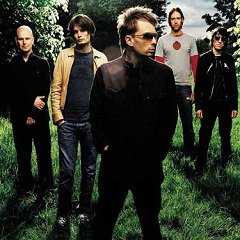 Radiohead hope to follow up their recent surprise Glastonbury appearance with a more expansive tour, according to the band’s drummer Philip Selway.

Speaking to BBC 6Music, Selway revealed his bandmates are currently in discussions regarding their move back onto the live scene after the positive experience at Worthy Farm.

“Absolutely that is what we are talking about that the moment, it felt exciting doing that and it felt like we had something else to offer musically,” said Selway when asked whether they are planning more live gigs. “It just felt like a new lease of life in what we are doing, and we would like to see where that takes us.”

Radiohead released their eighth studio album ‘King of Limbs‘ earlier this year, but have yet to follow it up with any significant gigging. They last toured the UK on the back of ‘In Rainbows‘ in 2008, and headlined the Reading/Leeds festival in the summer of 2009.