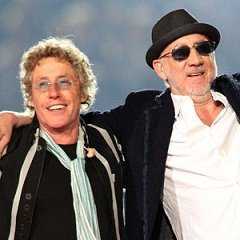 Pete Townshend has revealed he will re-join fellow surviving Who member Roger Daltrey on the road next year to perform their classic 1973 album ‘Quadrophenia‘.

Questions had been raised as to whether Townshend would ever play live again when Roger Daltrey voiced his concerns regarding Townshend’s well documented problems with tinnitus when announcing his plans to tour ‘Tommy‘ as a solo venture.

However, The Who guitarist has allayed any fears when writing on his blog, outlining his plans to return to the road once again in 2012.

“The reason I am not on the road with Roger is that this is entirely Roger’s adventure, one that is bringing him great joy,” he wrote. “I don’t belong on this ‘Tommy’ tour. I wish him well, sincerely, and I look forward to playing with Roger again doing ‘Quadrophenia’ next year.”

In reference to the hearing problems pointed to by Daltrey, Townshend also moved to ease fans’ fears, insisting his hearing is ‘better than ever’.