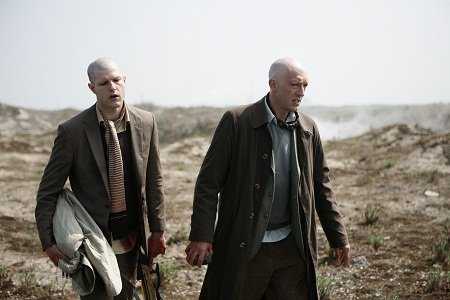 Acclaimed music video director Romain Gavras, who has worked on imaginative, and at times controversial, promos for the likes of M.I.A and French hip hop producer DJ Mehdi, is to have his feature-length directorial debut released via DVD through leading independent film distributors Optimum Releasing next month.

Entitled Our Day Will Come, the film takes its inspiration from Gavras’ own notorious ‘Born Free‘ clip, and is described as follows:

“…a bold and savagely humorous outsider epic, telling the story of Patrick (Vincent Cassel) and Remy (Olivier Barthelemy) a pair of outcasts joined together by their dislike of society and their own red hair.”

“Patrick is a charismatic but cynical therapist, long bored with listening to the banalities of his clients’ problems, he is desperate for any situation he can manipulate for his own amusement. A defining opportunity comes in the form of Remy, an awkward, alienated teenager, bullied by his family and ostracized by his peers who use his red hair as prime ammunition for their taunts.”

“When Patrick stumbles across Remy one night as the boy is running away from home, sparks fly between them immediately. On a whim Patrick offers him a ride and begins to play, winning his trust then, determined to toughen him up, pushing him into ever more extreme and dangerous situations. Before long the goading unlocks both Remy’s longing for acceptance and capacity for violence and the roles are reversed as Remy leads them on an anarchic road trip looking for revenge and retribution on their way to Ireland, the symbolic paradise for redheads, where they hope to find freedom.”

“Our Day Will Come is both a violent exploration of alienation and racism and a surreal, pitch-black comedy. Andre Chemetoff (Dog Pound) delivers breathtakingly vivid and atmospheric cinematography to a pulsating electro score by SebastiAn.”

Optimum Releasing, which recently issued the critically-lauded Attack the Block, will release the DVD on August 22nd, which will contain a selection of Gavras’ music videos. A limited theatrical run will precede the DVD from July 29th.