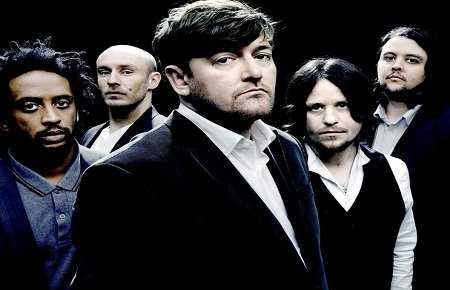 Elbow drummer Richard Jupp has compared his band’s fortunes with those of his football team, Manchester City, as the two entities have enjoyed a huge upturn in fortunes over recent years.

Commenting on Elbow’s new found commercial success, which began in earnest with the release of ‘The Seldom Seen Kid‘ in 2008 after a series of brilliantly crafted albums which failed to make a significant impact on the charts, Jupp aligned the situation to Manchester City who, after being bought out by the Abu Dhabi United Group, finally won their first major trophy in nearly three decades last May.

“You could mirror Elbow with City. It has been a bit of a slow burner for the band – we’ve been together for 20 years now and it’s amazing,” Jupp told The Sun. “A couple of tracks, ‘Grounds For Divorce‘ and ‘One Day Like This‘, were the big players and they did us a load of favours.”

“That’s what makes our path so similar to City. We’ve been under the radar for so long.”

Elbow landed their third Mercury Music prize nomination last week, with ‘Build a Rocket Boys!‘ set to go up against acts such as this year’s bookies favourite PJ Harvey for the annual gong.