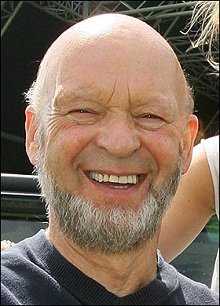 Glastonbury organiser Michael Eavis has praised this coming weekend’s line-up as the best in the festival’s 41-year history, and also revealed he has 2013 headliners already in place as the event prepares to take a break next year.

“The lineup must be the best we’ve had – we sold all the tickets in three hours,” he told the Daily Star newspaper. “No other event has sold as fast as this one, so after 41 years that’s not bad.”

“U2 are excited, especially after they couldn’t come last year. I first tried to book them 35 years ago. They are bringing their own stage with them. We’re having to put a lot of stuff in for them but we’re so happy to have them.”

On U2’s fellow headliners Coldplay and Beyonce, Eavis explained how their own respective performances will cause less of a headache than their Friday night counterparts.

“Coldplay are such good friends of the festival and so easy to deal with,” he continued. “Chris has been down to the farm. I drove him around and got him stuck in the mud.”

“I will watch Beyonce, it’s going to be wonderful. She was very keen to come after seeing Jay-Z doing it. But there’s no big set or extra requirements for her, she’s going to use the stage that’s already there.”

Glastonbury is set to take another break next year, but Eavis has revealed plans are already well under way for 2013, claiming three headliners are signed up: “I’ve got all three headliners sorted already for 2013, but I’m not telling you who they are.”