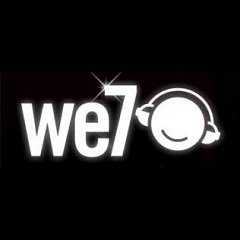 we7, the free UK streaming service, is offering fans an exclusive opportunity to listen to five exclusive tracks from the forthcoming motion picture Pirates of the Caribbean : On Stranger Tides before their official release on May 16th.

As well as including work by multi-award winning composer Hans Zimmer, the soundtrack includes tracks by Rodrigo y Gabriela, widely considered the premier guitar-playing duo in the world. The tracks include ‘The Pirate That Should Not Be’ and ‘Angry and Dead Again (Remixed by Static Revenger)’.

Fans wanting to access the exclusive tracks ahead of their official release date can stream the music here: www.we7.com/#/album/Pirates-of-the-Caribbean-On-Stranger-Tides!albumId=761466.

Furthermore, following the announcement of deadmau5’s return to the UK to headline his first ever outdoor event, We7 has exclusive playlists available to download from the up and coming ‘LED Festival 2011’. The festival will also feature Mark Ronson, Calvin Harris, Zane Lowe and Nero.

The playlist is available here www.we7.com/#/user/view-playlist!playlistId=2052850.