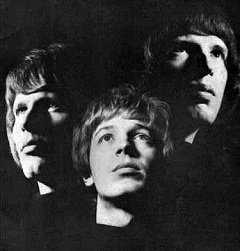 John Walker, former lead guitarist of the legendary Sixties group The Walker Brothers, has died after a long batter with cancer.

A statement on John Walker’s official website confirmed the news of his sad death on Saturday.

“It is with our deepest sadness to report that Mr. John Walker passed away in his Los Angeles area home on May 7, 2011,” the statement reads. “He was a beloved husband, brother, father, grandfather, friend, and artiste.”

Real name John Maus, Walker founded The Walker Brothers with Scott Engel and Gary Leeds in 1964, and released a string of classic singles including ‘The Sun Aint Gonna Shine Anymore‘ and ‘Make It Easy On Yourself‘.

Former bandmate Gary added his own tribute on Gary-Walker.net, saying:

“It’s a very sad day for John’s family, myself and all of our many fans. John was the founder member of the group and lead singer in the early days. He was also a fantastic guitarist which a lot of people didn’t realise.”

“He was a compassionate song-writer and a gentleman with lots of style. His music will live on, and therefore so will John. T-birds and Bentleys.”