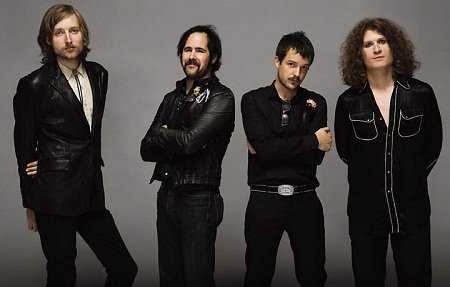 The Killers are ready to begin work on a new studio album, claimed drummer Ronnie Vannucci during an interview with XFM‘s Steve Harris’ The O2 Evening Show.

Since going on hiatus at the beginning of last year in the aftermath of promotions for third studio album ‘Day & Age‘, both Vannucci and frontman Brandon Flowers have launched independent solo careers.

Now, Vannucci has said the time is right for The Killers to reconvene and work on new ideas. “Tuesday I think we start doing some writing again,” he said. “We have piles of songs we want to show each other. We’re going to get back in that room and start writing.”

Later, Vannucci also revealed how bandmate Brandon Flowers had been a source of inspiration while he created debut solo album ‘Big Talk‘.

“When we started The Killers Brandon in particular was really new at the whole game – he hadn’t really been singing long either,” he explained.”Having to lay vocals down or write lyrics I really would remember how he would do it.”

“He would always just be so fearless and didn’t give a shit about whatever and would just really put it out on the line and I really admire that from him.”