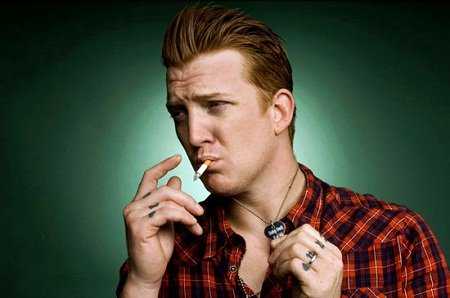 Queens Of The Stone Age are aiming to get their new album finished by the end of this year, frontman John Homme has told BBC Radio 1.

With plenty of side projects, production duties and guest appearances, Homme is rarely away from the music scene for long, however, Queens fans have now been waiting patiently for a new album since 2007’s ‘Era Vulgaris‘.

That wait looks to be close to ending now though, with Homme confirming to Radio 1 the final stages of recording will resume once the band has completed its summer festival commitments.

“We’re going to take our one last break that we would get for a month, come back and do Glastonbury, then immediately jump in the studio,” he said. “Our record will be done by the end of the year. We have enough songs.”

On the direction of the new material, Homme appeared to suggest there will be no major surprises, with the group focusing their attentions on a well established fanbase.

“We’re at a weird moment where we really don’t feel like we have anything to prove,” he continued. “We just want to play to the people that are into us and we want to play right at them.”

Queens Of The Stone Age will perform on the Sunday night at Glastonbury, topping the day’s bill on the Other Stage.

Tags:queens of the stone age