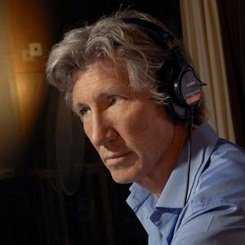 Pink Floyd are to issue a selection of previously un-released tracks as part of an ambitious new set of releases due to begin on September 26th.

The ‘Why Pink Floyd…?’ campaign will include re-mastered editions of all their fourteen studio albums, deluxe box-sets, live recordings and DVDs along with the ‘new’ tracks.

On the new campaign, being spear-headed by EMI, Roger Faxon, CEO of EMI Group, has said: “This is a unique collaboration between EMI and one of the most creative and influential bands in history. We have worked together for more than a year on this programme, which incorporates all the elements that have made Pink Floyd one of the most inspiring forces in modern music.”

Iconic 1972 album ‘Dark Side Of The Moon‘ will be re-released in two new editions – a two-disc ‘Experience’ format and a six-disc ‘Immersion’ box-set. Similar versions of subsequent studio LPs ‘Wish You Were Here‘ and ‘The Wall‘ will follow in November this year and February 2012 respectively.