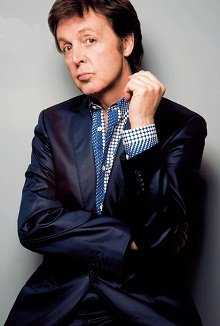 Sir Paul McCartney has said he is planning to work on a new album in the heavy rock genre, after being inspired by Foo Fighters‘ recent LP ‘Wasting Light‘.

He told Rolling Stone: “It sounds quite wacky, but it keeps it fresh. I love that, you get a crazy idea and go with it. You never know, I may run into a garage to make this other album.”

McCartney will also release a new covers album some time next year, which he has said will comprise tracks from the ‘pre-rock’ era. Sir Paul recorded the album, which he describes as ‘my Dad’s style of music’, in Los Angeles with singer Diana Krall.

“It’s my dad’s style of music,” he continued to Rolling Stone. “I’ve wanted to do that kind of thing forever, since The Beatles days. But then Rod went mad on it. I thought, ‘I have to wait so it doesn’t look like I’m trying to do a Rod.'”