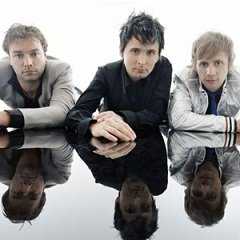 Rock band Muse have confirmed they will join Rage Against The Machine for a mouth-watering show in Los Angeles this summer.

Muse and Rage Against The Machine will also be joined by Rise Against, Immortal Technique and El Gran Silencio for the LA Rising event, which is set to take place at the Memorial Coliseum on July 30th.

Muse also recently confirmed a planned appearance at the Lollapalooza festival, to be held at Grant Park, Chicago between August 5th-7th, alongside acts such as Coldplay, Foo Fighters and Arctic Monkeys.

A high profile set of summer dates for Muse will be closed with a headline appearance at the Reading/Leeds festival, when the band plan to ‘say goodbye’ to their 2001 album ‘Origin Of Symmetry‘ by playing the record in its entirety.

‘So we’ll probably play Origin in it’s entirety (as well other songs) at Reading/Leeds as it will be 10 years since it came out,’ frontman Matt Bellamy wrote on Twitter last March. ‘Just wanna make sure u crazies get ur tix!’

Tags:muse, rage against the machine