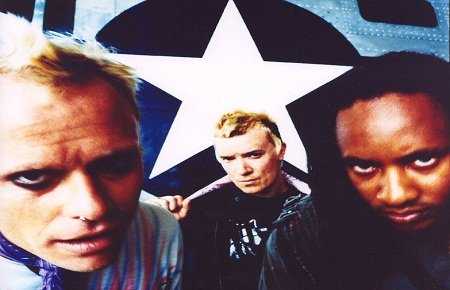 Dance/rock legends The Prodigy are to release a new live CD/DVD of their acclaimed Warrior’s Dance show, which was filmed at the Milton Keynes Bowl last July.

Entitled ‘World’s ‘On Fire‘, the packages are due for release on May 23rd.

“A lot of thought went into the place where we could throw the best party,” said bandmembers Liam Howlett, Keith Flint and Maxim in a statement. “We never wanted the typical stadium venue, so Milton Keynes Bowl was perfect for our first ever UK Warrior’s Dance Festival ‘coz it felt like a mad party in a field.”

“The night was massive for us. It was important to us to bring a proper festival day and night for the people to remember and bring the same intense atmosphere like when we play Brixton Academy…and it was.”

“We never intended to do a live DVD, but when we saw the footage we knew it had to be done…and born out of that we realised we had a great live album too!”