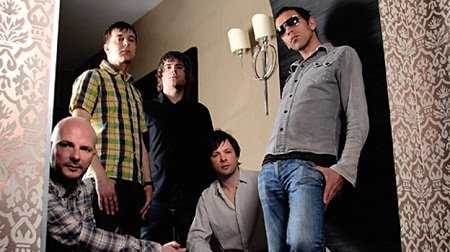 Britpop band Shed Seven will embark on a lengthy UK tour this winter, which will centre around their 1996 second album ‘A Maximum High‘.

Released at the height of Britpop in the UK, ‘A Maximum High’ was one of the better recieved albums from the era, and spawned five singles including their biggest hit ‘Going For Gold‘.

Commenting on the nature of the new tour, singer Rick Witter has said: “In those days it was all Top Of The Pops, Chris Evans, Richard and Judy and flying around the world.”

“Obviously a lot’s changed in 15 years, personally you’re as likely to find me on the school run as swinging my mic lead on the stage but hopefully we’ve proved that good songs played by a good band stand the test of time and I still feel the stage is where I’m meant to be.”

The tour will kick off in Glasgow on December 2nd, closing a few weeks later with a homecoming show at the York Barbican on December 22nd.