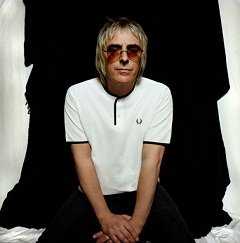 Paul Weller has finished work on the follow-up to his much-lauded 2010 album ‘Wake Up The Nation‘, and hopes to have the record released some time this year.

“The album is all ready to go. Maybe this year, hopefully,” the former Jam legend told digital radio station XFM.

Later, Weller spoke of his continuing desire to explore new avenues in his songwriting, while also underlining the importance of keeping one eye firmly on the principle of strong melody.

“It seems to be taking its own character this time,” he said. “Sonically it’s still pushing things, but still with good melodies, and lyrically I’m trying to stretch myself. I’ve tried to make the words more impressionistic, tried to write in different ways. As much as I’m going to change the music, I want to be able to change the way I write words as well.”

Released almost exactly a year ago, ‘Wake Up The Nation‘ was the culmination of a succession of strong solo releases from Weller, and landed a coveted Mercury Music Prize nomination in September, his first since 1994.