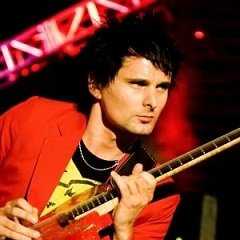 Muse frontman Matt Bellamy has said the band may visit tracks from their second album ‘Origin Of Symmetry‘ for the last time when they headline this summer’s Reading/Leeds festivals.

Speaking to NME, Bellamy said the decision will represent the band trio ‘moving full circle’ as he believes it was the period surrounding that album when Muse began to discover the formula which would go on to make them one of the rock’s biggest acts.

“It’s probably the last time some of these songs will ever be played live again,” he said. “It was on the second album that things really started happening for the band, and when we focused on the live side of things much more.”

“So it’ll be like coming full circle: we’ve gone off on one a little bit, and now it feels like the right time to pull it back and remind ourselves of what we were doing 10 years ago.”

Muse headline the 2011 Reading/Leeds festival alongside My Chemical Romance, The Strokes and Pulp.