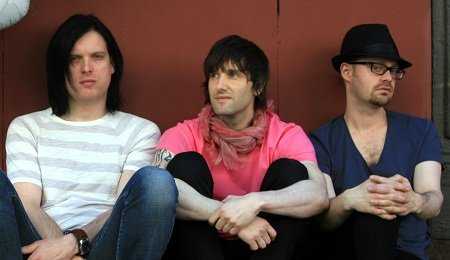 Ash will begin the search for a new guitarist this summer when current stand-in Russell Lissack rejoins Bloc Party.

The band’s frontman Tim Wheeler told BANG Showbiz he has enjoyed the two-guitar dynamic, and therefore the group will ‘have their eyes peeled’ for a new member when their festival commitments are completed.

“We’ll have Russell until the summer, we’ll have him for the festivals hopefully,” Wheeler said. “Then I guess we’ll have to start thinking what to do next, but I really do enjoy having the second guitarist. We’ll have our eyes peeled.”

Later, Wheeler praised Lissack’s contribution to the band during his stay, declaring: “Russell was absolutely perfect he can really play and he’s such an easy-going guy, he’s brilliant. You think he’s a retiring guy, but he was also one of the most crazy, he’s got some great stories. The thing about him is he’s quiet, but it’s the quiet ones you have to watch. He’s got some brilliant stories.”

After the release of their last traditional studio album ‘Twilight of the Innocents‘ in 2007, Ash issued a series of ‘A-Z’ singles beginning in late 2009, which have been brought together for two compilations released in April and October last year.