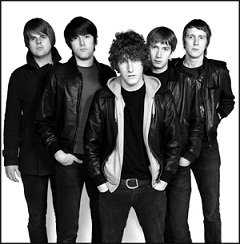 Leeds band The Pigeon Detectives will return this Spring with their third studio album and a UK tour.

The new record was recorded at the Brooklyn Recording Company studios with Vampire Weekend and Weezer cohort Justin Gerrish. Album opener ‘She Wants Me‘ has been made available on Soundcloud here.

‘Up, Guards and At ‘Em’ tracklisting:

The Pigeon Detectives will hit the road in support of their new album from March 28th, when the tour will be kicked off at the Middlesbrough Empire. The tour will be brought to a close on April 12th with a hometown show at Leeds Met University.