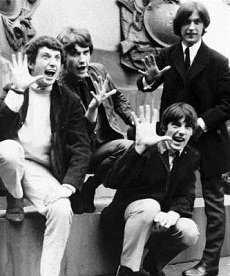 Veteran British band The Kinks will re-release seven of their classic studio albums beginning next month.

Each of the new releases will be presented in a deluxe double CD format, and will feature rarities, outtakes, demos, session tracks and in depth liner notes.

In May, seventh studio album ‘Arthur (Or the Decline and Fall of the British Empire)‘ and 1971’s ‘Muswell Hillbillies‘ will be released, followed in July by ‘Face to Face‘ (1966) and 1967’s ‘Something Else…‘, an album fondly remembered by fans thanks to the classic single ‘Waterloo Sunset‘.

This summer, The Kinks’ Ray Davies is also due to follow in the tradition of David Bowie, Patti Smith and Morrissey by curating the South Bank Centre’s Meltdown event this coming June, of which further details are set to be announced shortly.