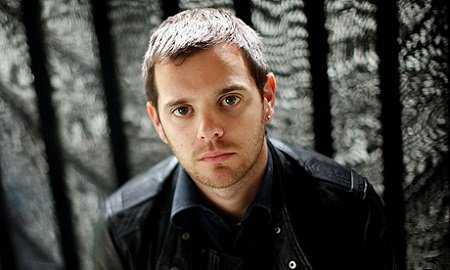 There’s always the concern when a band tour to showcase their new material. There’s always the possibility that it might be dull and the crowd grow restless, waiting for the classics before they show their appreciation. On Friday night, however, Mike Skinner showed his intelligence and got it just right. Enough so that the crowd went home loving ‘Computers and Blues‘, and loving The Streets and reminiscing on the last ten years of music that Skinner has gifted us.

For over a decade, Skinner has been the street wordsmith, a lyrical genius that has woven his version of poetry to the sound of garage, elecronica and rap. He has the ability to relate and connect, like we’ve experienced all the same experiences as Skinner but only he can put it into words with such simplicity and ease. You feel the words he speaks and that’s an admirable trait that many lyricists these days just can’t achieve.

The choice of venue was perfect, an old converted picture house that’s not too small but intimate enough so that everyone in the crowd could see Skinner and the energetic and remarkable Kevin Mark Trail bounding around the stage with the enthusiasm and the commitment of people who are just starting out on their band’s career, not ending it

A fitting testament to this illustrious career saw them kicking off the night with ‘Turn the Page‘, the opening track from first album ‘Original Pirate Material‘. It was an explosive start that saw Skinner work the crown into frenzied chaos: beers were thrown, shirts were ripped off and girls clambered onto shoulders to vie for the attention of Skinner, who looked on, seemingly pleased at the scene that was taking place before him. ‘Don’t Mug Yourself‘ maintained the madness, and it was clear that Skinner wanted to set the tone for the remainder of the night and the tour, a highlight was when ‘Let’s Push Things Forward‘ was sampled with Damian Marley’s ‘Welcome to Jamrock‘.

‘Everything is Borrowed‘ calmed proceedings slightly, but it was evident that the crowd, who were noticeably young, were in the mood for a night of wild celebration, not a reflective and nostalgic one. ‘Weak Become Heroes‘ was one of the memorable points of the evening, with this track undoubtedly being the song that typifies Skinner and showcases his ability to turn his poetic hand to anything, in this case, describing a night of drug fuelled revelry: ‘All races many faces from places you never heard of, where you from what’s your name and what you want… the weak become heroes and the stars align, we all sing, we all sing’ and they did.

The new album was well received, and ‘Puzzled by People‘, one of the album’s best and one that could have come straight off ‘Original Pirate Material‘ or second LP ‘A Grand Don’t Come for Free‘, was one of the most popular. ‘OMG‘, the song that most of ‘the kids’ in the crowd would relate to most due to the nature of the song – about the end of a relationship realised through Facebook status’ – can’t be considered as one of his best tracks but life has changed a lot over the last ten years and after so long, it must be difficult to find new inspirations.

New album highlight ‘We Can Never Be Friends‘ is full of beautiful, heartfelt lyrics that legitimises Skinner’s decision to release a new album. and do a farewell tour and not just walk away to a new world of producing films and writing novels. This is a song that makes you happy you’ve heard it, even though it’s a song full of hurt and pain – ‘Saying I love you forever, won’t hold us together, a dove and a feather won’t better our love… We can never be friends, one wants to stay together, one wants it to end.’

A Streets gig would not be complete without the roof-raising, floor-rocking ‘Fit But You Know It‘ and this time, maybe because it was the last time, was the best time. It was an emotional send off, with Skinner thanking fans for their support. We’ve been here before however with other artists; the last goodbye only for them to release an album and be touring again a short while later. You get the feeling though that this is the end, the final goodbye and Skinner bowed out in style.