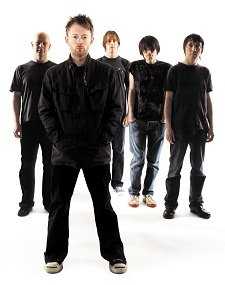 Radiohead‘s co-manager Chris Hufford has been discussing the band’s decision to make their new album ‘The King of Limbs‘ available on download weeks ahead of its physical release, saying the move is a ‘logical progression’ from the ‘pay what you wish’ approach used on previous record ‘In Rainbows‘.

Hufford told Music Week magazine, due out this Monday, Radiohead had taken the more positive aspects from the past experience with ‘In Rainbows‘ before deciding on a release strategy for ‘The King of Limbs‘, which will be priced at £6 on download, while a special physical set consisting of two 10-inch vinyl records, a CD, artwork sheets and incorporating a ‘newspaper design’ will be released in May.

“Our allegiances are to the band,” Hufford said. “We manage Radiohead, we don’t manage retail or labels, we just manage the band and are just trying to do the best possible thing to allow another brilliant record to be embraced by the fanbase.”

Radiohead have today confirmed the traditional CD, 12-inch vinyl editions of the album will be issued on March 28th.