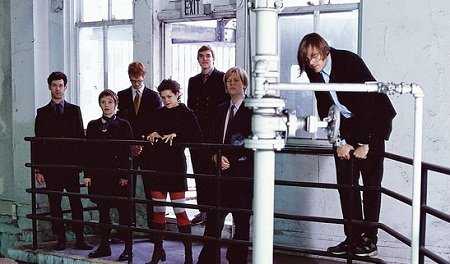 Arcade Fire emerged as winners in both categories they were nominated in at tonight’s Brits ceremony, picking up yet another award for third album ‘The Suburbs‘ ahead of the likes of Kings of Leon and Eminem, as well as coming out on top in the International Group section.

The event was opened with a performance by Take That, and also saw live appearances from Adele, Rihanna, Mumford & Sons, Plan B, Arcade Fire, Tinie Tempah and Cee Lo Green.

With the Outstanding Contribution award not featuring this year, the ceremony was instead closed with the British Album award, which went to Mumford & Sons’ ‘Sigh No More‘.

This year’s Brits were hosted by comedian/actor James Corden, and featured a brand new award statue designed by Vivienne Westwood.

MasterCard British Album of the Year: