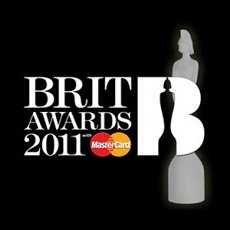 Performances from acts such as Arcade Fire and Mumford & Sons are to be made available on iTunes later this evening immediately after the annual ceremony is brought to a close.

The decision comes after a collaboration last year between Dizzee Rascal and Florence Welch of Florence & The Machine became a huge chart hit, selling around 300,000 units in the UK. The performers, which will also include Adele, Take That, Plan B, Rihanna and Cee Lo Green, will be featured on a dedicated Brits page at iTunes, with proceeds going towards the Brits Trust.

Mumford & Sons are up for three Brit Awards this year, in the British Group, British Breakthrough and British Album categories, while Arcade Fire received a nomination in the International Group section, and will hope to follow up their recent Grammys triumph with their much-acclaimed third album ‘The Suburbs‘ a hot favourite to take home the International Album prize.

The ceremony, which has moved from its traditional Earls Court home this year to London’s O2 Arena, is due to air on ITV1 from 8pm.

Tags:adele, arcade fire, florence and the machine, mumford and sons