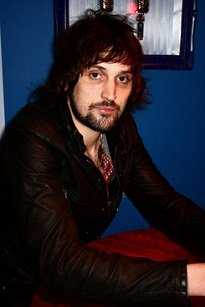 Kasabian’s chief songwriter Serge Pizzorno has said he wants the band’s fourth studio album to have a similar impact as that enjoyed by Radiohead‘s 1997 release ‘OK Computer‘.

While Serge is not looking to recreate the sonic feel of the album, he is striving for a record which will give fans the same feelings he experienced when first listening to ‘OK Computer‘.

“Not necessarily the sound,” he told NME. “But ‘OK Computer‘, as a record that just makes you go ‘wow’. I want to aim for something that’s as incredible as that, just the feeling of being blown away that you get from that.”

‘OK Computer‘ marked Radiohead’s move towards a more experimental sound as compared to their more traditional, guitar-led material of their early years. The record remains a favourite amongst fans and critics alike, and was recently voted as ‘the best album of the past 25 years’ by readers of Q magazine.

Later, Pizzorno also spoke of his eagerness to take Kasabian’s new tracks out on the road, and is confident fans will not be disappointed when they sample the new songs live. “I just want people to fucking come away from it going, ‘Yep, great album,” he remarked. “It’s different, I love this. Let’s go see it live. Thank you.’ Then off we go again.”

Kasabian finally achieved the headline status they had long craved for with the release of ‘West Ryder Pauper Lunatic Asylum‘ in 2009. The album marked a huge step forward for the group from previous LP ‘Empire‘, and landed them a Mercury Music Prize nomination that year.