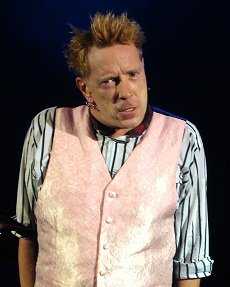 The Sex Pistols could be set to work on new material for the first time in over three decades, according to the band’s frontman John Lydon.

Since their acrimonious disintegration in 1978, John Lydon, along with fellow original members Steve Jones, Glen Matlock and Paul Cook, have reformed sporadically for a series of live shows, but have never given any indication of a desire to add to their classic debut ‘Never Mind The Bollocks, Here’s The Sex Pistols‘.

However, in a recent interview with stereogum.com, Lydon has now said he can ‘imagine writing’ again with the Sex Pistols after recently re-starting Public Image Ltd. – the group he formed after leaving the Sex Pistols. “I’ve really been in a songwriting mode and I can now look back on the Pistols and imagine writing with them,” he said.

“I wouldn’t have been able to think about that if I hadn’t got the P.I.L. thing going again. You forget the wars and personal hate over time.”

With the Sex Pistols close to implosion during an ill-fated 1978 US tour, John Lydon famously effectively announced his departure to the world by declaring ‘ever get the feeling you’ve been cheated?’