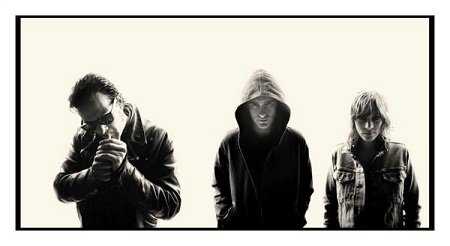 Black Rebel Motorcycle Club reached a pinnacle point in their career tonight – their 1000th show, and what better place to mark this occasion than a gig at London’s Brixton Academy? It’s fair to say the venue has become their home away from home in recent years, having graced the stage here many times throughout their history.

To be here tonight you can see exactly why this love affair has endured as it’s the perfect setting for a band of this size; not too big, not too small. BRMC continue to remain the unsung heroes of American rock n’ roll, ploughing on with album after album, tour after tour, yet never quite capturing the attention of the masses. Perhaps they prefer it this way, it’s hard to see them becoming a full-time arena band anyway. Those vacuous, hot dog stinking, soulless atmospheres would suck the life out of the spirit and raw energy that BRMC bleed on stage tonight in Brixton.

With six albums under their belt, they’re not short of tunes, and tonight’s somewhat chronological approach to their back catalogue seems to work, even if on paper it shouldn’t. Opening their set with ‘Love Burns‘, ‘Red Eyes and Tears‘ and ‘Whatever Happened To My Rock n Roll‘ is a bold move that actually pays off in the long run. These are undoubtedly three of their biggest hits but this is a band who have stood the test of time and can afford to bring out the big guns so early on. It’s purely a testament to their longevity and crushes any notions that they were ever a one trick pony. This was nothing short of a minor earthquake inducing start to the gig and a statement of intent which they followed through until the second encore, yes – second (but more on that later).

Those who have followed the band from the very beginning will observe Robert Been‘s natural progression over the years into one the most captivating performers of modern day rock n’ roll. Tonight at Brixton he doesn’t look like a man who has played ‘Spread Your Love‘ 1000 times, it’s actually more like the first time with everything still to prove to the world. He wields his guitar around uncontrollably like a scene straight from the ‘…Chainsaw Massacre‘ and has developed a confidence that would have even Freddie Mercury raising an eyebrow.

Peter Hayes remains the calm and collected backbone of the group’s stage presence, never for a second breaking that cool exterior. The reception he receives as he strums the opening chords of ‘Devil’s Waitin‘ cements his popularity among the band’s legion of fans and gives us another side of BRMC away from the shoe gazing, Jesus and Mary Chain influenced earlier material.

It was this stripped down acoustic sound that was showcased on their third album ‘Howl‘, which was a hugely significant point in the shaping of their sound and a brave new direction that won them both critical acclaim and a new audience. They’d turned their back on the electric guitar and focused on an acoustic driven sound that was more gospel and harmonica than wah wah and distortion.

‘Shuffle Your Feet‘, a fine example of this era of the band, did exactly what it says on the tin and classic stomper ‘Ain’t No Easy Way‘ was greeted like an old friend which picked up the pace and paved the way for yet more highlights from this latter stage of their career.

One thing you can say about a BRMC gig is that you always get your money’s worth. 200% effort is the least you can expect from a performance by them. A two-part encore comprising of nine songs is nothing to be sniffed at, especially when Robert hands the fate of the evening into the palm of the ticket holders by taking requests: “What do you wanna hear, I don’t give a fuck” he says, resulting in a surprisingly brilliant rendition of Cyndi Lauper‘s ‘Girls Just Wanna Have Fun‘, proving nobody is too cool for a bit of classic bubblegum pop. Much to the amusement of the crowd, he doesn’t quite finish the entire song after having tried incredibly hard not to laugh all the way through it: “Come on seriously, I don’t know the rest.”

The biggest surprise of the evening came in the form of former punk turned insurance salesman Iggy Pop during the first encore. Originally intending to have appeared in person to join in the celebrations of this milestone 1000th show, Iggy instead delivered a recorded tribute to the late Johnny O’Keefe before the band launched into a cover of 80’s classic ‘The Wild One‘. It’s not often BRMC line up a guest of such royal stature, which just goes to show they endeavored to make this show extra special to mark this occasion.

The cover was a commendable testimonial that the band carried off with grace and was not the only tribute of this eventful night. ‘Windows’ was dedicated to Robert’s dad, Michael Been, who sadly passed away earlier this year. For this track they were joined by a member of Michael’s former band, The Call, and delivered a sincerely touching performance of the song which couldn’t have been easy for Robert. “If he were here now he’d have a huge smile on his face, we better get this right,” said Robert as he then sat in front of the piano to sing his heart out, and boy did they get it right. 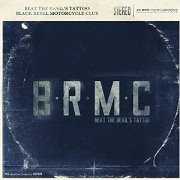 It was the band’s most recent album, ‘Beat The Devil’s Tattoo‘, which was responsible for providing some of the most memorable moments of tonight’s show. ‘Half State‘ sounded even bigger than on record, complete with an assault of wah wah guitar pedal usage and crashing drums. Any previous troubles with their drummer were long forgotten as Leah Shapiro now clearly has her feet firmly under the table.

‘Beat The Devil’s Tattoo‘ had Robert on the edge of the stage as he sang the song’s refrain, like a preacher man reaching into his audience and encouraging them to sing their hearts out to the band’s mantra.  As far as 1000th gig anniversaries go, tonight’s show had it all – balls to the wall rock n’ roll, emotional tributes and a moment Iggy himself would be proud of – Robert immersing himself into crowd with his guitar in tow. He was predictably mobbed and lapped up every second of the adoring crowd.

All corners of society were in attendance this evening, from teenagers to middle-aged men. As BRMC near the tenth anniversary of their debut album, they appear to be picking up a new generation of fans. It wasn’t always the most ecstatic crowd at a BRMC show, but this didn’t affect the energy and effort the band put into their performance. It was comforting to know that everyone under the roof of the Brixton Academy tonight witnessing a glorious display of rock n’ roll by one of the finest bands in the world had chosen this over staying at home and watching the X Factor – a bit of hope for humanity that we can desperately cling onto. Whatever Happened To My Rock n’ Roll indeed.