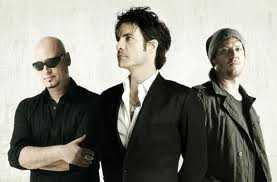 The popular tune even saw itself in the middle of some controversy when Brad Meyers and Keith Steockeler created the website Stop Advertising From Pulling a Train after hearing “Hey Soul Sister” in everything from Samsung 3D TV ads, the movie trailer for the Katherine Heigl/Josh Duhamel film “Life As We Know It,” and even a breast cancer PSA. The October obviously failed at making the song any less popular…..

Entertainment Weekly reports that Katy Perry’s “California Gurls” and Eminem’s “Love the Way You Lie” rounded out the top three downloads of the year. Eminem however easily held on to the iTunes album chart top spot. His CD, “Recovery,” was the top seller, with Ke$ha’s “Animal” and Lady Gaga’s “The Fame” landing at Nos. 2 and 3, respectively.