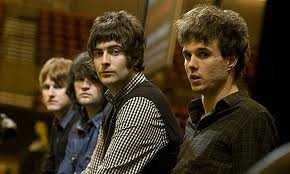 The Courteeners, who announced earlier this week a woodland gig for next
Summer, have seen their Delamere Forest, Cheshire, 2nd July show that went
on sale this morning sell out in record time. Tickets went on sale at 9am
and by 9.38am all 5500 tickets had been sold.

David Barrow, booker for the Forestry Commission said, ‘Following their
triumphant MEN Arena show last weekend I knew we would comfortably sell out,
but 38 minutes is a forest record, so it’s official The Courteeners are the
fastest selling forest act we have had since the gigs kicked off 11 years
ago. The previous record was set by JLS last year’.

Forestry Commission Live Music takes place each summer in seven forest
locations around the country. An eclectic mix of acts appear each year in
woodland clearings that are temporarily transformed into a concert arena
creating a safe and relaxed atmosphere for gig-goers.